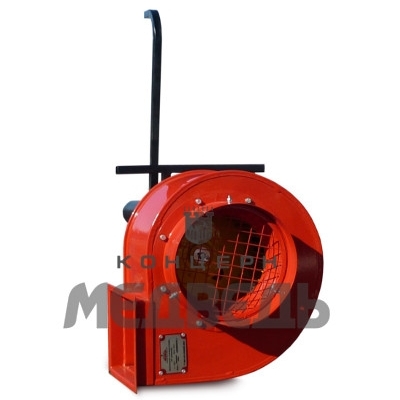 Do you have questions? Call:

Currently, the use of Fire fighting forced draft fans has become widespread. These units allow you to remove quickly combustion products from smoky rooms, which significantly increases the efficiency of fire departments and minimize the damage caused by fire.

Fire fighting forced draft fans are assigned a designation according to the type of drive:

Forced draft fan ДПЭ normalizes the air environment after a fire in the premises, removes smoke and particles formed as a result of the exhaust of combustion products, as well as the use of aerosol, gas and powder extinguishing systems. This unit allows to exclude the possibility of smoke spreading to neighboring rooms, helps to improve visibility, reduce temperature and toxicity of gas and air environment. Forced draft fan ДПЭ are used in facilities without stationary smoke protection system, and is often included in the equipment of fire fighting vehicles.

Forced draft fan ДПЭ consists of a casing, impeller, protective grilles and a handle for moving the unit. In addition to the main components, the unit includes a suction and pressure hose. The fan impeller is equipped with 32 blades. The source of energy is an asynchronous electric motor; it is possible to operate the unit from an electrical system. Depending on the production variant, the units are equipped with a metal frame for easy transportation (portable models ДПЭп-ВЦ) and two wheels for transportation (mobile forced draft fan ДПЭм-ВЦ).

Forced draft fans ДПЭ-ВЦ are used in conditions of moderate climate, with a temperature range of -40°С – 50°С and air humidity up to 98%.

Our main specialization is the production of high-quality and efficient smoke exhausters. Over the years, we have perfected the design of smoke exhausters and other units, their components and assemblies. The equipment manufactured by us has found its application in thousands of domestic and foreign objects. We occupy a leading position in the market of heating and ventilation equipment, as we are a reliable and proven supplier of quality and inexpensive products. 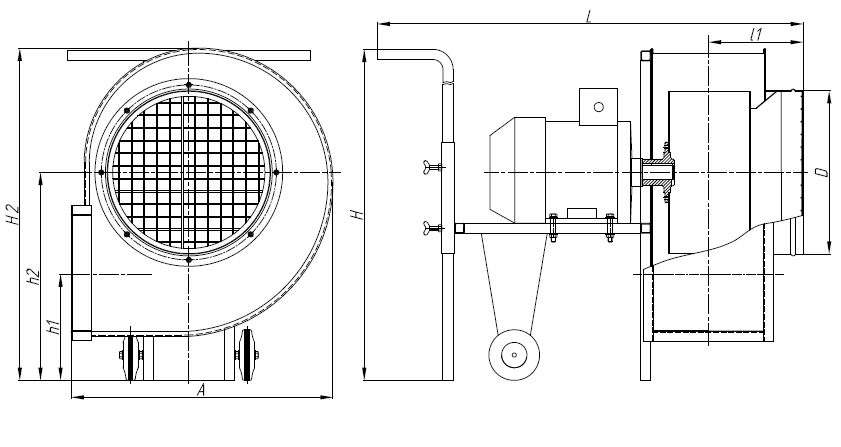